Holiday in Ireland: 5 Places your family needs to see

The Irish countryside is filled with some of the most spectacular and mind-blowing medieval and prehistoric art, architecture and artefacts in all of Europe. Bring your children on an ancient adventure they will never forget in Ireland’s Ancient East.
There are so many things to do in Ireland; from discovering tombs built over 6,000 years ago to uncovering the secrets behind our famous myths and legends. Reignite your children’s imagination with these fascinating historic locations on a family weekend break or week long holiday. Wander through some of the most awe-inspiring nature that the Emerald Isle has to offer.
We’ve picked our favourite 5 places in Ireland’s ancient east that your family need to see;

Brú na Bóinne (Palace of the Boyne) refers to an ancient megalithic site situated in county Meath, which is home to some of the world’s most magnificent stone age tombs, structures, and monuments. The Neolithic complex is best known for its three impressive passage tombs at Knowth, Dowth, and Newgrange, which all predate the Egyptian pyramids. The tombs display a breath-taking knowledge of science and astronomy, not to mention a masterful level of construction.
One of the most fascinating elements of the site is the large circular mound of Newgrange, which contains interior passageways and chambers. Bring your family on an adventure into the centre of the passage tomb. Each year on the Winter Solstice, the shortest day of the year, the rising sun’s beams align perfectly with the entrance to the tomb, lighting up its main passageway. The knowledge of engineering and astronomy needed to build the structure cannot be missed. 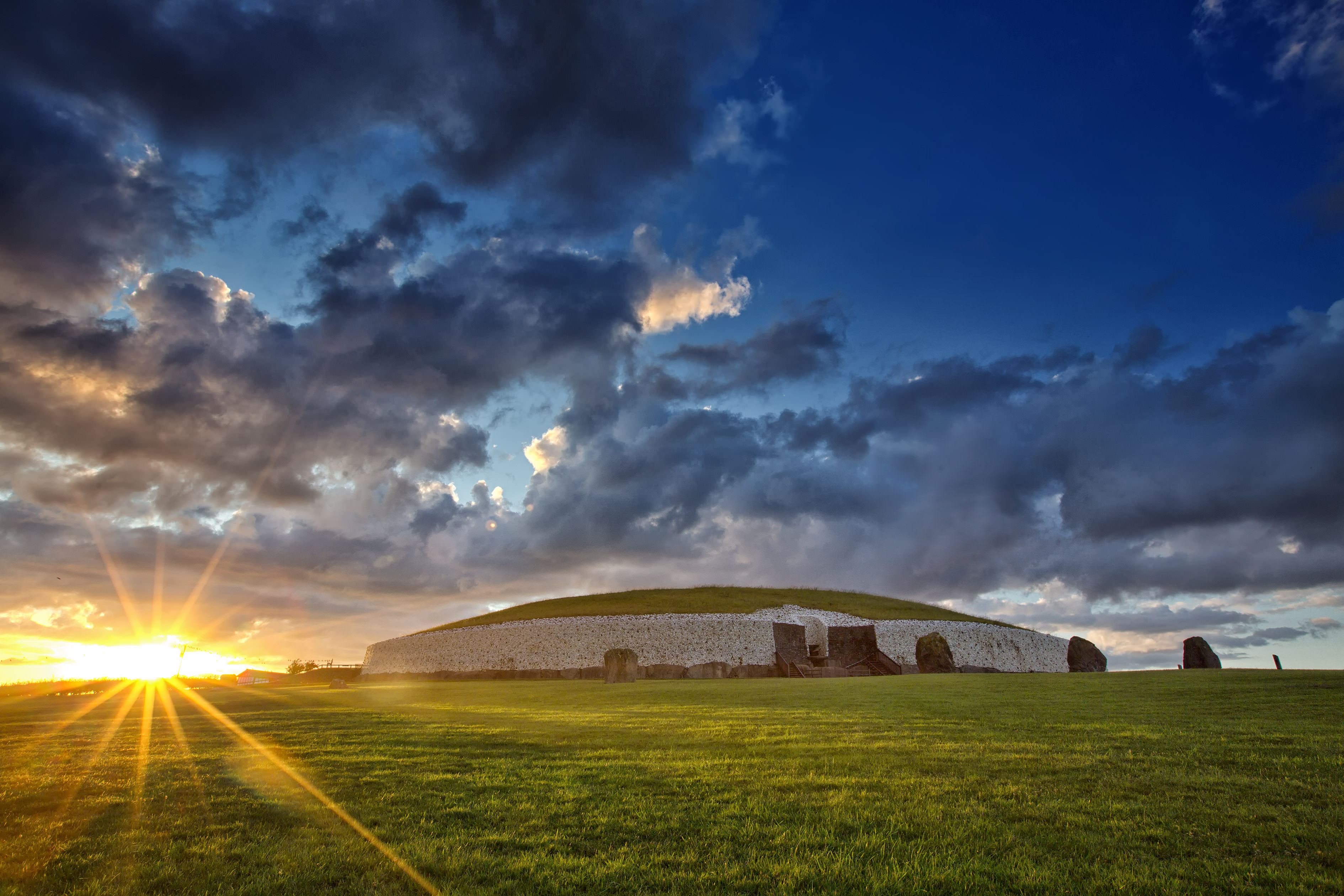 Located less than an hour away from Brú na Bóinne, the Loughcrew Megalithic Cairns are the largest group of passage graves in Ireland. Visiting Loughcrew will offer you beautiful Irish countryside coupled with relaxing walks around one of the most historical places in Western Europe, with the Cairns dating back to 4,000 BC.
Much like how the sun’s rays illuminate Newgrange’s main passageway at the Winter Solstice, the same phenomenon happens at Cairn T in Loughcrew for the spring and autumnal equinoxes. On your trip, marvel at the ancient Celtic art that covers the interior chambers of this wonderful feat of Stone Age human endeavour, and try to imagine just how something so precise and filled with spiritual and scientific significance was constructed so long ago. 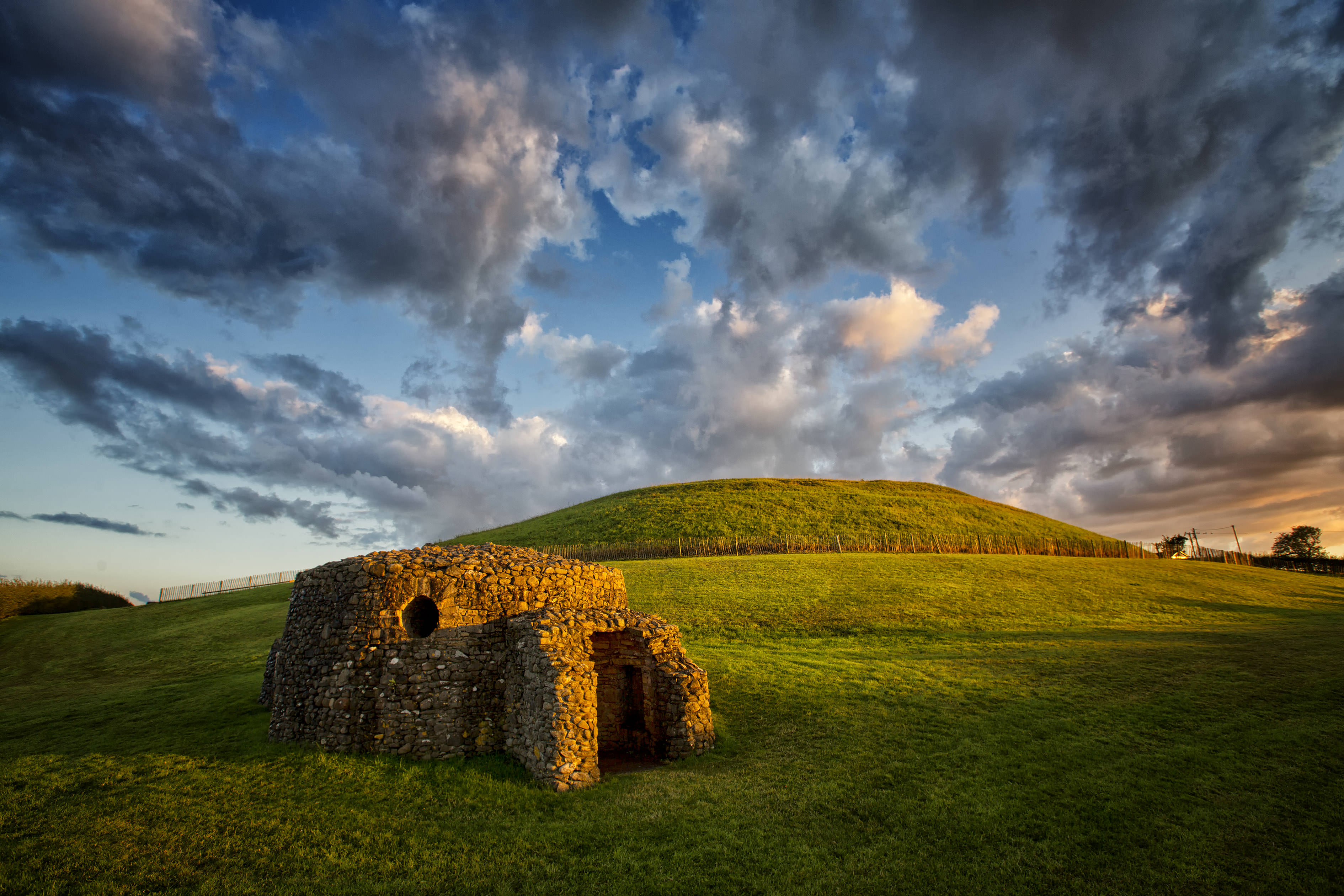 The origins of the city of Kilkenny date back to the 6th century, and through the years it has always been a place of great importance. Nowadays, Kilkenny is one of Ireland’s top medieval cities, with a wealth of attractions steeped in rich history to soak up in the Medieval Mile. Bring the aspiring Princess, Prince or Knight in your life to visit a real Medieval Castle, right in the middle of the town.
Climb up the 9th century round tower, one of only two round towers that can be climbed in the country, built by legendary Norman invader Strongbow for some amazing views of the city. Explore the country’s oldest surviving townhouse and find out where it got its name “The Hole in the Wall”.

Leave the hustle and bustle of busy city life behind and take a relaxing stroll around the Garden of Ireland while paying a visit to Glendalough. This glacial valley and monastic site is hidden away in the mountains just south of Dublin, and offers something really unique. Lots of open space, it’s the perfect place to bring your family for a picnic, a play and an ancient adventure.
This ‘Monastic City’ dates back as far as the 6th century, with lots of fabulous 11th and 12th century architecture as well, but what makes the place really special is the unrivalled natural beauty to be found there. When you pass through the gorgeous lakes, waterfalls and hills it’s not hard to imagine why the first settlers decided to stay at Glendalough. 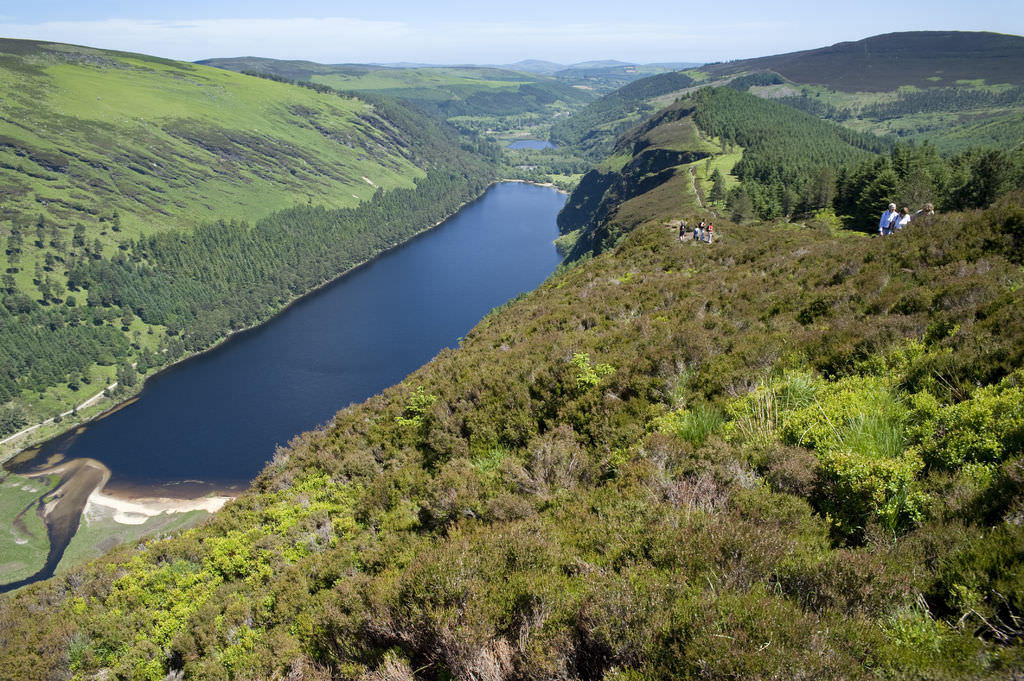 Traditionally the seat of the King of Munster, the Rock of Cashel is one of the most impressive medieval sites in the land. With one of the most impressive round towers in the country, prehistoric ringforts, monasteries, cathedrals, and townhouses, the Rock of Cashel is not to be missed by any family.
This intriguing site was built at various stages between the 11th and the 15th centuries, giving the Rock of Cashel an eclectic mix of architectural styles. Cormac’s Chapel, on the site, contains Ireland’s oldest and most important Romanesque wall paintings, which were whitewashed during the Reformation and remained hidden until the 1980s. 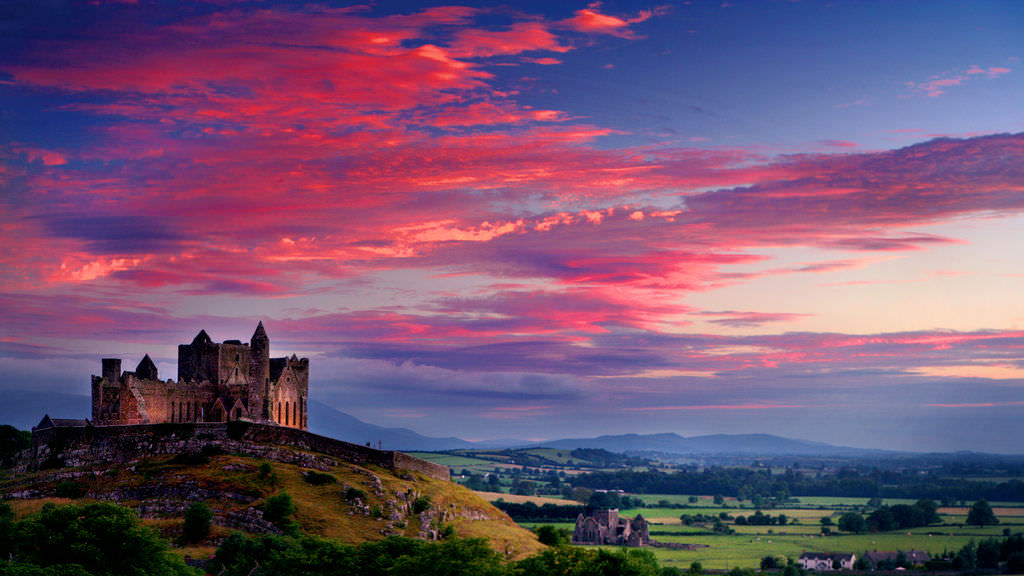 Bring your car on holiday to Ireland